What is the problem? 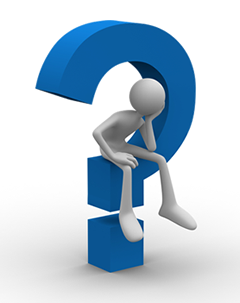 Perhaps you have some symptom that’s bothering you: writer’s cramp, an embarrassing tic, sexual difficulties, an eating problem such as anorexia or bulimia, a fear of heights or you can’t ride elevators.  Perhaps you have debilitating anxiety attacks.  Or you simply are unhappy, depressed and dissatisfied with your life, even though you are relatively successful.  Maybe your relationships always end in the same disastrous way, or you find you keep losing your job or you can’t work for some reason you can’t even put your finger on.  The list of possible symptoms is endless.  Nevertheless practically all of them are due to conflicts resulting from relationship patterns or “unconscious phantasies” that you carry inside you.

What are “unconscious phantasies”?

Kleinian psychoanalysts use the theoretical term “unconscious phantasies” and talk with each other about an “inner world” of “inner objects.”  What they are referring to are relationship patterns we carry ingrained within us that are formed early in life.  They develop not only from interactions with primary figures – mother and father – but also from experiences with the inanimate world and the sensations and impulses coming from the body.  For instance, a baby suffering repeatedly from intense hunger – perhaps due to some physical problem – can develop an interaction pattern with a horrific, biting attacker.

Hopefully he will have an empathic mother who helps him deal with that beast.  With the passage of time, a whole world of relationship patterns develops which organizes our expectations and experience.

Just imagine yourself at an airport watching people coming out of the baggage claim, perhaps to meet someone picking them up.  Each person is carrying a world of relationships inside him: one man holds his head high, shoulders back and arms swinging, chest out – he is definitely feeling supported by his inner relationships; another is more subdued, looking down, perhaps involved in some serious internal conversation; a woman, rather anxiously scanning the crowd, apparently does not feel much comforting inner support from the relationships she has inside her.

How do relationship patterns cause problems and symptoms?

Our inner patterns influence our outer relationships.  Often a partnership will start out very well, but after several months familiar conflicts begin to turn up.  Due to subtle pressures on our part – because we tend to project our inner patterns – our partner even begins to behave in the pattern we know so well.  “I am not your mother!”  “Well then quit acting like her!”

This process goes both ways, of course.  Relationship problems can become extremely difficult to decipher.  The inner patterns influence not only relationships to other people, but also to the inanimate world, as well as to events.    Imagine someone suffering from claustrophobic anxiety in an elevator.   This might be due to an inner relationship pattern he has with a rather nasty, all-encompassing and suffocating persecutor.

The cupboard door hit your head as you stood up?  “Bad cupboard!”  The cupboard, of course, is not “bad,” but it is perhaps the way you feel at that moment.  That is a perfectly normal reaction.  With an ingrained pattern, however, you might feel that way about cupboards—and many other external objects, including people —a lot of the time.